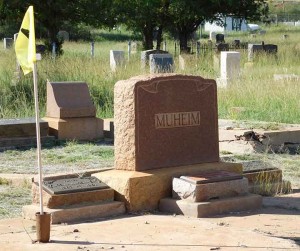 This Saturday (Sept. 26), the Muheim Heritage House will sponsor a cemetery tour, with actors playing the roles of various historic characters, as a fundraiser. It’s been a tough run for the organization, since the tour isn’t on the schedule of regular maintenance by the city’s DOC crews, so it’s had to do selective weed-whacking on its own, at strategic sites.

As one would expect, the tour will start at the grave of Joe Muheim, the family’s patriarch, and one of the builders of early Bisbee. The house he built, when he married Carmelita, today is a living history museum (and one which we pass by and talk about our several of our tours).  It’s open to the public from 10-2 every day. 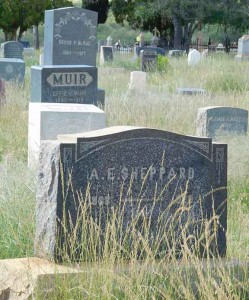 Evergreen Cemetery has hundreds of interesting stories to tell. Of course, this Saturday you’ll hear only a few, but they will be some of the more colorful.

Evergreen’s tales run the gamet. In the photo to the left, for example, we see A.E. Sheppard, a Bisbee constable who was shot and killed by the “human fiends,” as the newspaper called them, who had burglarized the store of Harry Wootton (remember him?) the night before. In the background is the monument to O.P. McRae, the deputy was was killed during the roundup that preceded the Deportation. And in between is a woman, Mrs. Walter Muir, who made the paper only when she died from pneumonia. (None of these is on Saturday’s tour, but I liked the subject matter of the photo.)

The Evergreen tour will cost $10 per person (at the gate) and will contribute to keeping the Muheim House open and maintained. If you have the time, you should stop by and take the tour between 10 a.m. and 2 p.m. Saturday. Stop by the museum as well and see what life was like way back when, even for the wealthy. 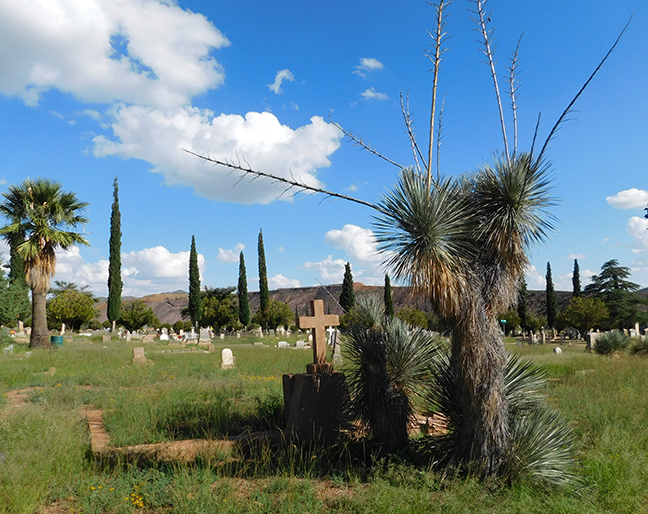